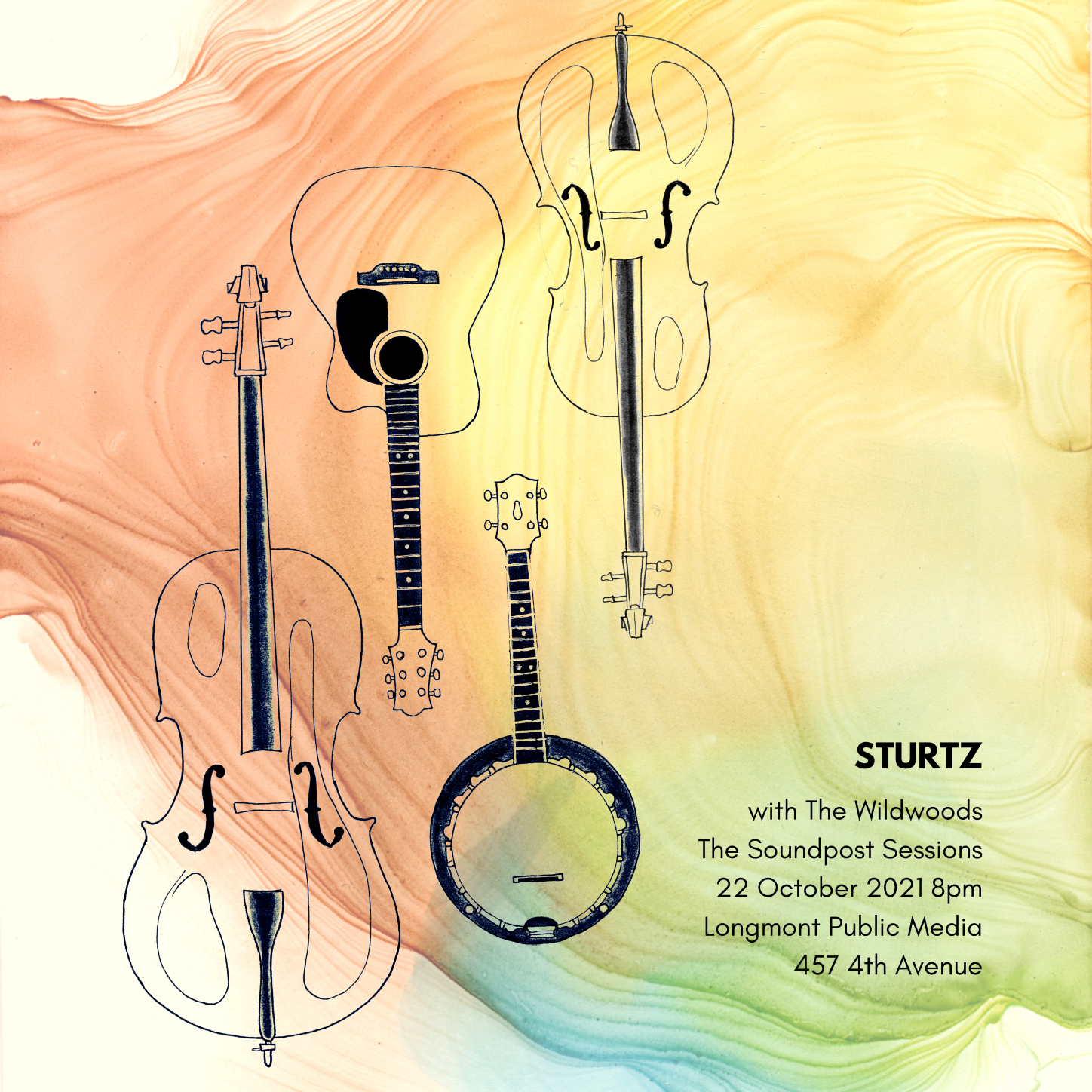 Tickets are now on sale for the second Soundpost Sessions live music event at LPM on October 22nd.

Sturtz’s music stands out for its distinctive, soothing instrumental and vocal harmonies. The acoustic quartet – Andrew Sturtz [vocals, guitar], Jim Herlihy [banjo], Courtlyn Carpenter [cello], and Will Kuepper [bass] – falls somewhere at the intersection of folk and soul, with lead singer Andrew Sturtz’s melodic vocals soaring over the lower string instrumentals. Sturtz is based in Boulder, CO, making appearances at venues like eTown in Boulder, CO, the Belly Up in Aspen, CO, and the Mishawaka Amphitheater in Bellvue, CO. The band was featured on NPR’s All Songs Considered in 2020 and released their first full-length album in August 2021.

The Wildwoods are an enchanting Folk/Americana duo based in Lincoln, Nebraska, whose flowing songwriting tandem has been praised by Paste Magazine as “focused and charmingly human”. The Wildwoods’ delicate melodies and descriptive lyrics come from nature, love, experiences from the road, and growing up in Nebraska. Composed of Noah and Chloe Gose, the duo met in Lincoln, Nebraska in 2012 and quickly found a liking to each other’s musicianship and songwriting. Fast forward to today and The Wildwoods can be found consistently performing all across the country. The group has supported touring acts such as Elephant Revival, The Hunts, The Accidentals, The Von Trapps, and Jamie Wyatt and has performed Sofar concerts in cities such as London, Brooklyn, and St. Louis. In 2016, 2017, and 2018, The Wildwoods were nominated by the Omaha Arts and Entertainment Awards as a top Americana/Folk artist in Nebraska.

Please note that Longmont Public Media is a Boulder County Vaccine Verified Facility. Attendees must be over the age of 12 and MUST present proof of vaccination against COVID-19 to enter the building. Negative COVID-19 tests will not be accepted for entry. Full details regarding LPM’s vaccination policy can be found here.

Have any questions or want to use the space to host your event? Please contact us at hello@longmontpublicmedia.org